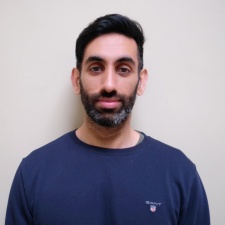 Pixion Games has today announced Fableborne, its first game due to launch later this year.

Having been founded in 2017, the London-based studio was formed by veterans from Konami, Blizzard, Ubisoft and more, and is creating the game as a mobile-first experience.

As Pixion’s first title, Fableborne has been in development for 18 months. It is an action RPG with base-building blended in, and follows two-and-a-half years of prototyping numerous projects that have since been axed on the way to settling on Fableborne’s production.

The game features "play-to-own" aspects, with NFTs obtained through purchase and gameplay. It features a blockchain-backed game economy and is aiming to introduce gamers to a new form of play, "Lunchtime Esports", which intends to bring competitive elements to users at their own pace with an asynchronous approach.

"Fableborne is a competitive mobile-first multiplayer game, but it doesn’t demand an unreasonable amount of players’ time. Players can have a fun, rewarding and enriching experience, battling other players or completing quests, creating smart and powerful strategies over their lunch break or as they travel," said Pixion Games founder and CEO Kam Punia.

"We all know the struggle of finding the time to have satisfying gaming experiences and keeping up with the competition. Fableborne is the antidote to this - a new category of esports games that fits around your lifestyle and plays the way you want it to."

Last week, Meta founder Mark Zuckerberg announced that creators and collectors are going to be able to display NFTs on their Instagram profiles, including the use of AR.