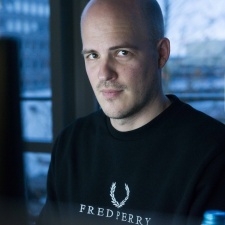 The General Assembly of the European Game Developers Federation (EGDF) formed of its members, national trade associations representing game developer studios in several European countries, gathered on Wednesday, September 9th to elect the board of directors for the next year and to discuss EGDF plans for the same period. During the GA, Hendrik Lesser was re-elected as president of EGDF.

Hendrik Lesser, the representative of the German developer association GAME in EGDF and a successful entrepreneur and game developer from Munich, Germany had been re-elected by EGDF members to continue his role as EDGF President. His production company remote control productions unites Europe’s biggest developer family with extensive experience and a wide range of contacts, providing an important interface between developers, publishers, distributors and investors.

“I’m honored for the trust to be re-elected as president of EGDF and I’m looking forward to continuing to implement its vision. Our main priorities are to strengthen the voice of EGDF during and after the ongoing pandemic and to continue to improve the European game dev support and regulatory framework based on the feedback we get from our members. Improving our presence in the European game developer community, as well as our visibility is another key aspect we are giving high importance to in the beginning of the new board term. We hope to continue to join forces with our members and any other organizations wanting to support the development of the European game dev industry to create an inclusive and empowering environment for everybody working in it. We will also continue our cooperation with ISFE to increasingly work together for the benefit of the industry”, stated Hendrik Lesser, president of EGDF.