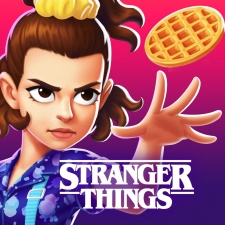 The Halloween event kicked off on October 7th and will run until November 10th. Players will be treated to a new story where members of the cooking game will team up with characters from the hit TV show.

Players can unlock a Demogorgon pet, a Steve Harrington assistant and run a food truck with Max and Eleven.

"Being Stranger Things fans ourselves, we set out to make this collaboration as appealing to fans of the series as possible, while also staying true to the things about Cooking Diary our players love," said Mytona Cooking Diary developers.

"Fans can look forward to unlocking many Stranger Things themed rewards and mementoes for their in-game restaurants and chefs during the course of the event."

The free-to-play culinary title was released for iOS and Android devices in August 2018 and had accumulated over 10 million downloads by June 2020. However, that number is said to have risen to more than 27 million installs.

MyTona business development manager Diana Korkina will also be speaking at the upcoming Pocket Gamer Connects Digital conference this November. For more details on the conference, head to the website.