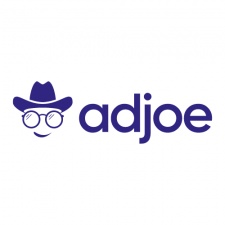 2020 has been a landmark year in terms of the growth in the mobile gaming industry and the overall sentiment of mobile game users.

As users spend an unprecedented amount of time on their devices, app publishers must adapt to fulfill the changing needs of the user. One of the most prominent shifts in user behaviour has been users’ increasingly favorable attitude towards rewarded ads, with 51 per cent of users playing mobile games longer due to their inclusion.

The inevitable change in user attitudes has resulted in the publisher need to diversify their monetisation stack. At adjoe, the monetisation powerhouse of the Applike Group, we expect our ad monetisation business to grow by 400 per cent+ by the end of this year vs. 2019.

What has fueled the growth at adjoe, is the user pressure on the publisher to increase their offerings of rewarded advertising. The 2020 Mobile Games Advertising Report has been a major indicator of this need to diversify, as users credit their extended gameplay to the value created by rewarded engagement. Which has been the impetus for publishers to include adjoe’s Playtime in their monetisation strategy.

Playtime increases the chances of conversion by lowering the barrier to earn, as a user earns a reward after their first minute playing the advertiser app. The benefit here is that the user and the publisher earn immediately, instead of waiting until the user reaches a certain level of gameplay.

Playtime is able to provide additional user value by offering subsequent rewards for continuing to play the advertisers app. By creating a bond between the user, advertiser, and publisher, Playtime users generate on average 45 different reward events in their first week (source: adjoe internal data). Giving the user 45 more reasons to open the publisher app and use the newly acquired in-app currency.

This system of easily achievable and repetitive rewards has not only become an essential part of the user’s journey, but also has become a significant part of publishers’ revenues. The incremental revenue growth our publishers saw by adding playtime to their existing stack (usually, interstitial, rewarded video and sometimes offerwall), has been 25 per cent to 100 per cent. (source: adjoe internal data).

In addition, Playtime is also a major tool for user acquisition seen by adjoe’s and AppLike’s inclusion on the appsflyer performance index year after year.

As mobile behaviour continues to rise and user behavior changes in a trying global context, the inclusion of rewarded ads into your monetisation strategy may result in surprising revenue uplifts and engagement growth for your app.