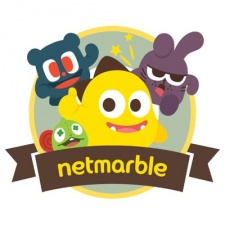 International markets proved to be a strong earner for Netmarble as the company grossed KRW 1.6 trillion ($1.6 billion), accounting for 72 per cent of all income.

Previously released games such as The Seven Deadly Sins: Grand Cross and Blade & Soul Revolution Asia have been cited as key drivers for growth. However, new games such as Seven Knights2 and A3: Still Alive also performed well.

Moreover, Netmarble closed out 2020 strong thanks to a great fourth quarter.

In Q4, the company generated KRW 624 billion ($564 million), which represents a growth rate of 12.4 per cent year-over-year and 2.9 per cent quarterly growth.

Marvel Contest of Champions accounted for 15 per cent of total games revenue in Q4, while The Seven Deadly Sins: Grand Cross was just behind with 12 per cent.

No doubt Netmarbel will hope to see similar success in its upcoming title, developed in partnership with the NBA and NBPA.

"We achieved meaningful growth in 2020 with the global launch of A3: STILL ALIVE, the Korean launch of Seven Knights 2 and MaguMagu 2020, the continued success of The Seven Deadly Sins: Grand Cross and MARVEL Contest of Champions as well as ongoing enthusiasm from players worldwide for our current portfolio of games," said Netmarble co-CEO Seungwon Lee.

"We made noteworthy achievements with our original IP titles this year, and will continue to make efforts to strengthen original IP for global players to enjoy.

"With Blade & Soul Revolution launching globally and details on our NBA Ball Stars partnership with the NBA and NBPA coming soon, we are anticipating a strong start to kick off another successful year for Netmarble, along with our new titles Ni No Kuni: Cross Worlds, MARVEL Future Revolution, and Seven Knights Revolution in the works."