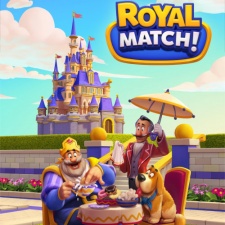 Mobile games developer Dream Games has raised $50 million in a Series A funding round.

"The Dream Games team has perfected this mix over many years of working together and has put it on full display in Royal Match. We could not be more excited to work with them in their journey to build the next global casual champion."

The Turkish developer is known for its work with Peak Games on the Toon Blast and Toy Blast games acquired by Zynga last year in a deal worth $1.8 billion.

With its latest investment, Dream Games has received $57.5 million in funding. The first $7.5 million was raised in November 2019.

The Istanbul-based studio will use its newfound cash to work the casual puzzle games, with its first title, Royal Match, being launched today for both iOS and Android devices.

Furthermore, the company aims to more than double its headcount by the end of 2021. Currently, Dream Games has a team of 30.

"We're excited to launch our first title, taking the casual puzzle experience to a new level with an experience that we hope will delight players around the world," said Dream Games co-founder and CEO Soner Aydemir.

"With the support of our new investors, we're focused on making Dream Games the leading studio in the category, just as mobile gaming continues to expand globally with millions of new players playing casual puzzles for the first time."