The number of women playing games continues to rise

48% of mobile gamers are female 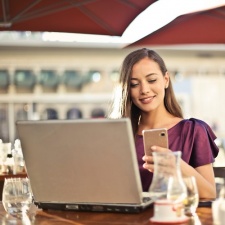 The number of women playing games continued to rise in 2020 with 65 per cent of females picking up a controller.

As detailed in a study between Newzoo and Facebook, as of 2020, women account for 47 per cent of total gamers, while they also make up 48 per cent of players on mobile devices.

Furthermore, the number of women using smartphones has been steadily rising since 2016, when 53 per cent of women worldwide played mobile games. That number has since increase to 61 per cent in 2020.

It was found that the primary reasons for women playing games are to kill some time, escape from reality and get a feeling of accomplishment through the completion of objectives.

However, it isn't just playing games anymore, as 42 per cent of females also watch content about games.

Moreover, women are becoming more involved in communities, with a 10 per cent increase ein the number of women visiting community sites since 2018.

In January 2021, alongside Twitch, Facebook Gaming experienced a record-breaking month for viewership.