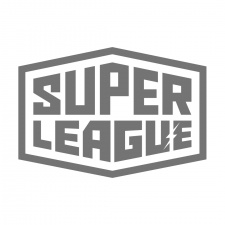 The platform is used by many games influencers, including those on mobile, to stream two million hours of original content each year.

"Super League is one of the strongest brands in the esports entertainment ecosystem and achieved impressive digital audience and content growth during COVID," said Mike Wann, CEO of Mobcrush.

"I am thrilled we can bring our expertise in streaming to the table. Together, we offer brands and advertisers a huge opportunity to create meaningful connections with the most sought-after audience in today's media landscape – the engaged young gamer.

"Combining with Super League also means doubling down on a shared vision of empowering passionate gamers and streamers, allowing them to supercharge their own growth, and helping them turn their passions into their livelihoods. The best is yet to come."

Through the deal, Super League Gaming hopes to see its US audience reach 85 million each month.

Furthermore, it would expect to see over 7.7 billion views each year in the US across multiple live streaming platforms, with more than two billion views on social media.

However, beyond hitting new numbers, the company will provide content creators, of all levels, with a range of tools by combining its visualisation and cloud tech with Mobcrush's technology platform and AI-driven gameplay highlights software.

"Super League and Mobcrush share a mission to empower passionate gamers and streamers through proprietary tools to create gameplay and streaming entertainment content that inspires connectivity and engagement for the greater good of gaming," said Ann Hand, Chief Executive Officer of Super League.

"With this acquisition, we are building a formidable, highly scalable gaming-centric media and advertising platform that reaches one of the largest addressable audiences of gamers in the U.S.

"The revenue opportunities available through our combined advertiser solutions, as well as growth in direct gamer and content monetisation, are tremendous."