All presented as part of last night's showcase 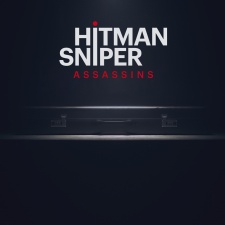 Square Enix has got several mobile projects in the pipe works, as shown in its latest showcase.

Yesterday, the Japanese company hosted Square Enix Presents, and as expected, it was filled to the brim with exciting news for fans. Fortunately, there are also some mobile offerings for those that like to play on the small screen.

First of all, thanks to a collaboration between Square Enix Montreal and Taito, Space Invaders is making a comeback. Except, this time, the retro classic will be brought into the modern era with AR elements.

Naturally, players will be tasked with defending the world against the pesky invaders. Yet, unlike with traditional Space Invaders games, players will interact with the real-world, helping the classic title take on a whole new dimension.

"We are extremely inspired by our collaboration with TAITO to re-imagine the Space Invaders franchise in a contemporary way while shaping it to our ambitious vision of what it can be on mobile," said Square Enix Montréal head of studio Patrick Naud.

"At Square Enix Montréal, we are huge fans of the franchise, and the team has risen to the challenge of showing how all-new technology can breathe fresh energy into a game as timeless as Space Invaders."

It's not just Space Invaders that the team in Montreal are working on. The studio is also bringing everyone's favourite bald assassin back to mobile, Agent 47.

A working title, Project Hitman Sniper Assassins, will have an original story that features new characters and gameplay features.

"Project Hitman Sniper Assassins will be an evolutionary leap forward for the genre, and we can't wait for players to share our excitement when they get their hands on it in the coming months."

Originally, Hitman Sniper was released in October 2014, much to the joy of fans and critics alike.

Last year, at The Game Awards, Square Enix announced that it would be bringing its much-loved franchise, Just Cause, to mobile devices.

At the time, few details were given, except that Just Cause: Mobile would be out this year for both iOS and Android devices.

Yesterday, the Japanese games giant dropped a brand new trailer for the action-shooter.

The cinematic trailer gave fans a peek into what they can expect from the story whilst also confirming that the franchise's characters will return for the mobile edition. Moreover, Just Cause: Mobile will feature both single-player and multiplayer.

Square Enix are certainly busy on the mobile front, even more so when taking into account other games that have already been announced.

Later this year, players can take control of the one and only Lara Croft, as she once again finds herself on mobile devices in Tomb Raider: Reloaded. Crofts latest adventure recently entered soft launch.

The first of the Two is to serve as a prequel to the critically acclaimed Final Fantasy VII and will be part of the battle royale genre. Meanwhile, Ever Crisis will be a chapter-structured single-player experience.