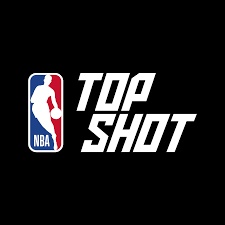 Dapper Labs has secured $305 million in funding on a $2.6 billion valuation.

The Canadian company has developed products such as CryptoKitties and NBA Top Shot, as well as the launching the Flow blockchain.

It's currently working on a mobile game based on its NBA Top Shot NFTs.

These NFTs have to-date generated almost $500 million in peer-to-peer trading.

Dapper Labs gets a 4% cut of every transaction.

The investment was led by Coatue, with participation from NBA legend Michael Jordan.

However, a number of current basketball players also backed Dapper Labs, including

"NBA Top Shot is one of the best demonstrations we've seen of how quickly new technology can change the landscape for media and sports fans," said Durant.

"We're excited to follow the progress with everything happening on Flow blockchain and use our platform with the boardroom to connect with fans in a new way."

Outside of the NBA, Dapper Labs received support from MLB stars Tim Beckham and Nolan Arenado and a number of NFL players such as Ken Crawley, Thomas Davis, Stefon Diggs and Dee Ford.

Overall, the company has secured $357 million in funding.

With its newfound funding, Dapper Labs plans to expand to other sports.

It already has deals in place for IP including UFC and Dr Seuss.

"NFTs are the first time anyone can create unique digital items that can live forever and be portable across different products anywhere the customer wants –– simple but game-changing," said Dapper Labs CTO Dieter Shirely.

"NFTs let people have real ownership in games and digital worlds for the first time. On a blockchain like Flow, NFTs can rewire the internet for the better."