43% of women play more than five times a week 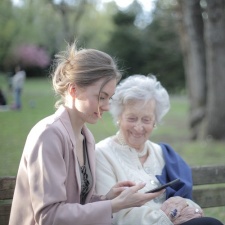 Nearly a third of people that play mobile games are over the age of 45, according to Facebook Gaming.

The statement was made at PGC Digital #6 by the social media giant's creative strategist Lynda Barry, speaking on 'The Big Catch – Unlock New Audiences With Motivational-led Creative'.

Further stats shared highlighted that the 16 to 24 age group represent only 14.2 per cent of mobile game users.

Dissecting the advantages of creating games for different audiences and understanding what demographic actually play said games, it was confirmed that the total internet population (aged over 18) in the US equalled 230 million people. 97 million or 42 per cent of that number are existing game players.

28 million or 12 per cent are new to the hobby. These enlarged numbers were put down to the ongoing COVID-19 pandemic.

Of this group, 86 per cent of internet users play games on at least one device, alongside 80 per cent of those who do not list gaming among their interests will habitually enjoy games on their smartphones.

"A player might not love aeroplane games, but the fact that this one allows them to chose and customise their plane might factor into them getting excited about it," Barry explained, when discussing the thinking behind player motivations.

46 per cent of new mobile game players in the US play to express something about themselves, according to a Facebook Gaming report. Higher motivations were attributed to relieving stress (62 per cent), helping to pass time (56 per cent) and to feel accomplished (43 per cent).

Additionally, during the presentation, in-game ads were seen as repetitive from 56 per cent of those surveyed by the company.

Facebook and Newzoo recently conducted a survey that confirmed the number of women playing games continued to rise in 2020, with 65 per cent of females picking up a controller.