Will launch more social games on the platform throughout 2022 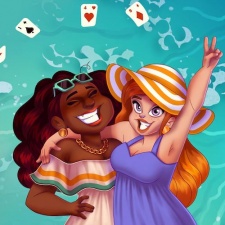 Scottish mobile games publisher Outplay Entertainment has revealed that it is making a return to developing "socially-led games" for the Facebook Instant Gaming platform.

Solitaire Together will be fully integrated into the platform allowing players to challenge friends in Facebook Messenger or start tournaments in their newfeed.

In the past, Outplay released multiple games on the platform including Zen Words, Raid or Trade, and 2 Photos, 1 Word.

Outplay has observed a "potential to reconnect" with Facebook Instant Gaming users following the success of its mobile games, such as Gordon Ramsay’s: Chef Blast.

"We’re delighted to announce our return to making games for Facebook with the launch of Solitaire Together," said Outplay Entertainment CEO Douglas Hare.

"The platform is a great way for us to begin developing more social-based, multiplayer titles for our players. We’re delighted to be continuing our great relationship with Facebook by contributing new innovative titles to this ecosystem this year."

Through releasing its games on the platform, Outplay will be able to reach audiences that do not interact with its games through traditional app marketplaces.

In a similar move in December 2021, French hypercasual publisher Voodoo launched five games on Facebook to increase its audience as well as increase the social elements of its portfolio.

Scottish dev Outplay could axe up to 30 staff