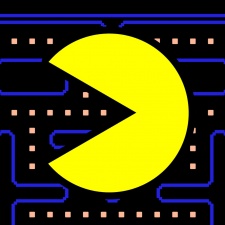 Following a four-month open beta period, Genvid has announced the official launch of Pac-Man Community as a Facebook Gaming exclusive.

The title, developed by Genvid in partnership with Bandai Namco, is an adaptation of the classic arcade game with new features introduced such as community achievements, a clock mode, and AI companions.

With the initial December 2021 launch, players also discovered the classic version of Pac-Man as an easter egg.

So far, Pac-Man Community has surpassed six million players and has published more than 16,000 user-created mazes. Furthermore, the overwhelming majority of players – 98 per cent – have been doing so on mobile devices.

A charity initiative, Pac-Man Community Cares, has been announced by Genvid as a means of giving back to nonprofit organisations, starting with providing game development experience to young people from the New York Video Game Critics Circle.

"Pac-Man Community is unique among the many iterations and adaptations of our flagship game, as it offers so many ways to share and connect with Pac-Man," said Bandai Namco Entertainment manager of Pac-Man business and global team Mio Kaneko.

"From the fun and excitement of playing with friends to the sharing of mazes you build yourself – even the ability to work together to help or hinder Pac-Man in Watch Mode, it’s a truly collaborative and communal interpretation of the original solo experience."

Code Coven recently announced a partnership with Facebook Gaming for the second consecutive year to support under-represented talent via the Game Developer Program.