Users will be able to experience and impact a persistent world 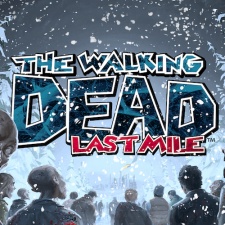 The "part game, part interactive television show" will launch exclusively on Facebook Gaming and Facebook Watch in summer 2022 and will enable fans to experience and impact a persistent world set in The Walking Dead universe.

Genvid director of developer relations Chris Hamilton spoke at Pocket Gamer Connects London last month and explained how Genvid aims to use MILEs to bridge into the metaverse.

Not the last MILE for Genvid

"We’re thrilled to unveil this new MILE experience that will take place in The Walking Dead universe, where fans can play games and influence this new world and its inhabitants as a community," said Skybound Entertainment chairman and The Walking Dead creator Robert Kirkman.

Last year, FunPlus partnered with The Walking Dead for an in-game event in its zombie survival mobile game State of Survival, which pushed the title over 100 million downloads over six months, highlighting the popularity of the IP.