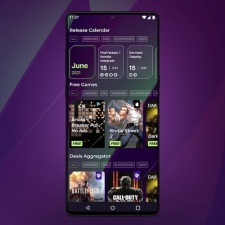 Update: Opera has officially launched its games browser designed for mobile after previously running a beta.

As announced during E3 2021, the new version is said to be 190 per cent faster than it was in 2020. It also has added built-in Twitch and Discord integration as well as CPU and RAM limiters for users to play with.

Opera GX is available to download on both iOS and Android devices.

Original Story: Building on the success of its desktop GX games browser, Opera has now released a mobile version.

Opera GX on mobile offers Fast Action Button via vibration and haptic feedback. It also has the option to sync between its mobile and desktop clients by scanning a QR code displayed in the desktop browser with your phone's camera.

Discovery is enabled through the GX Corner, which features the latest games news, deals and a release calendar to help stay up-to-date with the latest titles.

Additionally, the mobile browser has a built-in ad blocker, a cookie dialogue blocker and a security feature that will stop the device from mining cryptocurrencies.

"Since the day we launched Opera GX, our users have relentlessly asked us for a mobile version of the browser. Today, we are happy to share the first beta version of the new browser," said Opera GX product director Maciej Kocemba.

The browser is currently available as a beta and will become more widely available in the coming weeks.

Opera GX was launched in June 2019 and since then has grown to over nine million monthly active users.

There have been tons of announcement over the course of E3, including Square Enix's decision to remaster the first six Final Fantasy games for mobile and Steam.