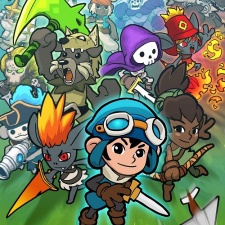 Swedish free-to-play specialist Stillfront Group has entered into an agreement to purchase idle mobile title Crush Them All from GodziLab.

The deal was signed and closed on June 7th, 2021, with payment coming in the form of an all-cash acquisition of all shares in Godzilab, whose assets and liabilities solely relate to Crush Them All. Back in December, the company announced it was on the lookout for games and this move looks to be following the same strategy

Crush Them All was launched globally in May 2017 on iOS and Android. Players make their way through evil lands while crushing gigantic bosses in an attempt to free the princess. The hero RPG utilises idle core gameplay and has been downloaded seven million times - two million of which originated from 2020.

“Asset acquisitions is a valuable component in Stillfront’s M&A strategy and enables us to leverage our large experience and knowledge within live ops and user acquisition," said Stillfront Group CEO Jörgen Larsson.

"Crush Them All is a highly successful title, and we are confident that we will be able to make the game even more enjoyable as we are able to spend more time and resources on developing the game going forward."

Once the transaction is complete, Crush Them All will be operated by Stillfront subsidiary Imperia Online. The studio will "leverage" its live ops development and user acquisition capabilities to add further resources to the game.

Since Imperia Online was picked up by Stillfront in 2018, the game was confirmed to be closing in on six million downloads.