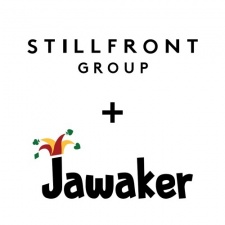 Stillfront will pay 74 per cent of the sum in cash and the remaining 26 per cent in newly issued shares.

Jawaker was founded in 2009 by Mohamad Hasan and Yousef Shamoun and has developed board and card games for mobile devices, such as Tarneeb and Baloot.

Jawaker’s flagship app contains over 30 games that users can play with friends, join clubs and socialise within. The one-app approach keeps users within the ecosystem which falls in line with Stillfront’s own strategic initiative.

Stillfront’s acquisition of Jawaker will allow the company to further expand its presence in the MENA region, as well as strengthening its portfolio and propelling future growth.

This is Stillfront’s second MENA acquisition after it purchased Babil Games in 2016 for $17 million.

To raise capital for the transaction, Stillfront’s board of directors raised additional equity of $116 million through a directed share issue.

The acquisition is expected to be completed on October 4th, 2021.

"From its humble beginnings 12 years ago, Jawaker has always maintained its belief that steady profitable growth can achieve meaningful results over the long term," said Jawaker co-founder and CEO Mohamad Hasan.

"The best investment we made over the years was in our culture. This created the environment that unlocked the potential of our truly inspirational team who made Jawaker what it is today. The overwhelming feeling now is one of the new beginnings within the Stillfront family. We are so excited to be joining an organisation that shares our belief in making long term investments and creating a forever franchise in our genre of games."

Stillfront CEO Jörgen Larsson added: "Mohamad and the Jawaker team have built an impressive studio adopting a one-app approach that allows users to play several different games within one app, while connecting with friends and socialising, creating strong engagement and loyalty within the user base.

"With the acquisition of Jawaker, we add a fast-growing and highly profitable studio to the group, and further strengthen our presence in the strategically important Mena region.

"We see significant scaling potential for Jawaker as a part of Stillfront, with opportunities to fuel user acquisition both in the Mena region and among the Arabic speaking population worldwide, leveraging Stillfront’s successful experience from marketing Babil’s games."

Through tactical M&A of key mobile studios, such as Simutronics and Candywriter, and key games such as BitLife and Empire Four Kingdoms, Stillpoint Group earned its place in the PocketGamer.biz Top 50 Mobile Makers 2021.