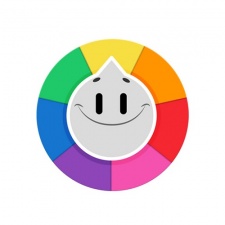 Trivia Crack and Word Crack developer Etermax is releasing its first set of NFTs through an in-game tournament.

Whoever accumulates the most amount of "Cups" during the weekend will be awarded a TriviaToken. This is a blockchain-secured digital asset based on a Trivia Crack character. Users will be able to play as many times as they wish during the three days period at no cost.

The NFTs will be accessed via RealityCode, a platform operated by an industry consortium for creating and distributing digital assets. Launched in 2013, Trivia Crack has been downloaded more than 600 million times and has more than 150 million active users annually.

"Trivia Crack has become a huge trivia-based universe with loyal fans all over the world, especially in the US," said Etermax chief marketing officer Ignacio Ortiz.

"With our cross-platform proposal, we are eager to continue developing new and innovative approaches for those who continue to follow the adventures of our characters, challenging their curiosity and knowledge while enjoying trivia matches with their friends, families and users in over 180 countries.

"Now we’re bringing the opportunity to get their own exclusive digital collectables taking a new step on our trailblaze way of expanding our brand."

Etermax is following in the footsteps of several game companies getting into the world of NFTs. Sega for one, recently confirmed that it would launch its first NFTs later this year.

Vivendi-owned Gameloft was another who announced that it would enter the NFT space, signing a partnership with Epik Prime.