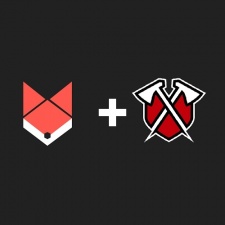 Seattle-based Lightfox Games has revealed a partnership with Tribe Gaming to bring a special event to the studio’s recently published game, Knight’s Edge.

Knight’s Edge is a real-time 3v3 multiplayer that involves players defeating monsters and boss fights faster than opponents and was released on September 8th, 2021 for iOS and Android devices.

The event, "Stolen Axes," will take place between September 16th to 29th and will allow players to join the mobile esports firm Tribe Gaming creators Pat, OJ, Nat, Molt, BenTimm, Lex, and Kairos as they play the event.

The event involves Tribe’s signature axes having been stolen by monsters to steal their powers. The Tribe creators will each play through a dungeon tailored to themselves to fight the final boss, with players given the opportunity to join in.

Each dungeon has a separate leaderboard for players to compete against each other and the relevant Tribe member.

For completing each of the eight levels players will be rewarded with a unique in-game cosmetic item featuring the Tribe axes and brand.

To bring each of the Tribe creators’ branding into the game, Lightfox game designer Jon Peters commented that they worked with the creators to come up with the ideas and had to figure out "how to deliver on those fantasies they created".

Last year, Tribe gaming raised $1 million in funding to expand its mobile esports growth, including from an NBA player and a WWE star.