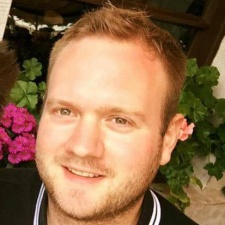 Securing a publisher is an important step in releasing a game that many developers are unsure of.

Speaking at Pocket Gamer Connects Digital #8, Square Enix director of mobile publishing Ed Perkins detailed what to expect from a publishing deal and the do’s and don’ts once finding a publisher.

Perkins lined out several things to think about before deciding to work with a publisher.

Firstly, developers must make sure when selecting a publisher that they are the right partner for you.

Analyse whether there is too strong a culture clash, find out who else have they worked with in the past and how did they treat those developers.

Next, if you believe the publisher is right for you ask yourself if you are right for them. Why is there an opportunity for your game and why are you the right studio to develop it? Can you truly deliver the game you have pitched? This will assure the publisher that you are eager and committed to the project.

Perkins added that developers should also take precautions to protect themselves when making a deal with publishers. For example, publishers take on the financial responsibility and risk but can take a "lion’s" share of profits up to 90 per cent.

He advises developers to propose a right revenue share and fight for a revenue number as profits may be a long way from launch.

Perkins noted that it is worthwhile co-publishing with publishers in different locations who have more expertise in the local markets.

For example, if you want to publish your game in China, it would be advantageous to partner with a Chinese publisher to work around legislation in the country and market your game more efficiently.

For the second half of his talk, Perkins listed the value of publishers and the benefits of partnering with a publisher to release your game.

Publishers above all else have experience within the market and a deep understanding of this. For new or smaller development studios, this is something that they lack and is one of the most important aspects of a successful release.

Publishers also have access to expensive research, such as market research and user research, and can provide regular user testing to bring important feedback from consumers.

Alongside this, partnering with a publisher can give a studio access to the publisher's IP.

Publishers also have the capacity to perform live ops on your game, such as community management and engagement, and can handle fan’s expectations. Publishers are also specialised in user acquisition, one of the most important facets of making any game profitable.

Finally, publishers can provide continued support throughout and after the development process and can help plug the gaps where dev teams may struggle.

In addition to the benefits, Perkins also laid out the potential drawbacks of working with a publisher as opposed to self-publishing your game.

In most instances, to get something approved for the game the publisher must agree to it. Publishers are unlikely to approve of things that do not match their expectations, they may not want to be legally exposed, or they do not want to infringe on another IP.

This can leave to frustration and conflict between developers and publishers as there is an element of control removed from the development process.

Secondly, partnering with a publisher means that there is a revenue split between both parties which will be in favour of the publishers, such as the aforementioned 90 per cent share. In some instances, developers do not get paid until the publisher begins to see profits, Perkins advises negotiating a tiered approach to revenue share so that developers can get paid from day one of release.

Lastly, publishers maintain the right to terminate the project at any moment during the development process, which can be heartbreaking for developers. In the majority of contracts, publishers will own the rights to the IP so the game will likely never be released in the future.

To end his talk, Perkins gave some advice for developers when working with publishers, such as always ask for help if needed, be transparent, map out the approvals flow, be realistic about what you can achieve, and if a deal doesn’t feel right, don’t accept it.