Scheduled for global launch on iOS and Android in 2022 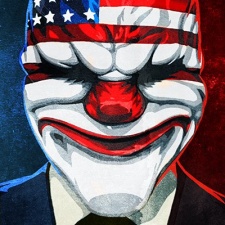 Mobile games publisher PopReach has revealed that Payday Crime War will be entering a limited beta in early December.

The limited beta is open worldwide for Android users, with the developers stating that by sharing gameplay feedback the development will be influenced.

Payday Crime War is a standalone first-person shooter set in the Payday universe and is the first title in the series to be launched on mobile.

Crime War will feature co-op heists with a fresh take on classic Payday 2 heists and a new four versus four multiplayer, pitting SWAT teams against the thieves.

Previous Payday characters, including Dallas and Hoxton, are set to return for the mobile iteration of the franchise. The game will include fan-favourite Payday heists, such as Trainyard, Branch Bank and Art Gallery.

Additionally, the game will feature assets from Payday 2 and its various additional contents.

Time to mask up

"Our PopReach team has a track record of translating successful shooter games to mobile, so we’re eager to be taking a shot with such a genre-defining classic as Payday,” said PopReach president Christopher Locke.

"Partnering with Starbreeze and leveraging their IP knowledge, along with this massive built-in audience, creates a tremendous opportunity for Payday on mobile. Together, we believe we’ll be able to deliver a first-class mobile shooter experience that satisfies even the most loyal heisters."

PopReach lead designer Ed Hicks added: "We’re all huge fans of Payday, and our design efforts have been focused on creating a mobile first gameplay experience that preserves the original spirit of the franchise. We’re excited to gather feedback from our beta participants, to help us deliver a game that both new and existing Payday fans are going to love."

PopReach are working closely and under license with Payday developer Starbreeze, with Payday Crime War scheduled for a global 2022 release on both iOS and Android devices.

PayDay: Crime War will shut down before being relaunched with a new publisher