Alien: Isolation heading to iOS and Android on December 16 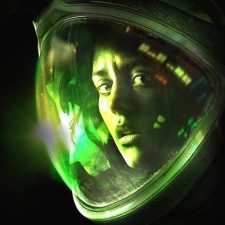 Feral Interactive has revealed that Alien: Isolation will be launching on mobile devices on December 16th.

Feral Interactive, who are publishing the title on mobile, previously ported the title to Linux and Mac in 2015, followed by a Nintendo Switch launch in 2019.

Focusing more on stealth and survival, Alien: Isolation was developed to resemble the "terrifying" atmosphere of the original 1979 Alien movie, as opposed to its more action-based sequels.

In space, no one can hear you scream

Set 15 years after the movie, in Isolation, players take control of Amanda Ripley who is trying to discover what happened to her mother on the Nostromo.

Alien: Isolation will include the original campaign and all seven of the DLC released, such as Last Survivor and Crew Expendable.

Isolation has been "tailored" for touchscreen playing and features a "bespoke, fully customisable interface" that allows players to "fine tune" the game to their own play style.