Bringing bingo to a new generation of social gamers 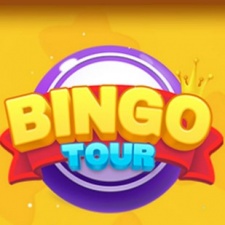 AviaGames has expanded its Pocket7Games platform of social competitive games with the release of Bingo Tour.

Gameplay elements include power-ups such as 'gimme more', 'daub it', and 'earn double', which have a variety of effects from seeing the next number early to multiplying scores.

The game has been designed to support fair play, with players facing each other using the same cards and numbers in each tournament. Furthermore, Bingo Tour includes a Smart Matching feature that pairs players based on their respective skill levels.

"For more than 600 years bingo has brought friends, neighbours and entire communities together for good-natured fun and competition," said AviaGames CEO and founder Vickie Chen.

"Today, AviaGames’ new Bingo Tour is designed to do the same for social gaming, introducing bingo to a new generation of passionate mobile gamers."

To date, AviaGames has awarded more than $400 million to its players in prizes, and this opportunity to earn is extended to Bingo Tour. With multiple types of tournaments and events, players are able to choose whether to compete in cash-based tournaments or play for free by collecting tickets.

Being part of Pocket7Games also means that players can switch to other games on the platform whilst maintaining the same wallet. AviaGames notes that when it comes to tournaments, ‘speed and precision are key’.

Bingo Tour is currently available on the App Store and is coming to the Samsung Galaxy Store in mid-December.

Between September 2020 and August 2021, Bingo Clash was one of the most-downloaded mobile casino games, second only to Coin Master.