Shatter Remastered, Into the Dead 2, and This is a True Story coming soon 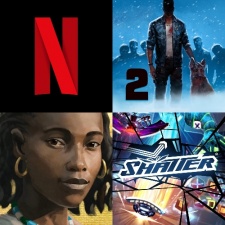 Since its introduction in November 2021, Netflix has been slowly adding new games to its mobile games portfolio, which currently sits at 14 games.

According to What’s On Netflix, the three games to be joining the service this month are Shatter Remastered, Into the Dead 2, and This is a True Story.

Shatter Remastered is a remastered version of the 2011 brick breaking game from Sidhe, Shatter, which was originally released on the Playstation 3. New Zealand-based games outfit PikPok will be bringing the game to Netflix subscribers through the App Store and Google Play.

PikPok will also be bringing its zombie survival title, Into the Dead 2, to Netflix, albeit a version that excludes microtransactions, unlike the current game available on the App Store and Google Play.

The third game to come this month is This is a True Story, of which little is currently known about. According to Netflix, players will "explore a beautiful, hand-painted landscape in this lush narrative puzzle game that’s based on actual events and interviews".

With the addition of these three games, Netflix's game portfolio will sit at 17 games by the end of March. You can check out all of the games currently available in our complete list of Netflix games here.