Media and Games Invest acquires AxesInMotion in entirety for $58 million

Up to $116 million additional earn-out payment 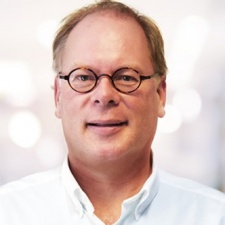 Media and Games Invest (MGI) has entered an agreement with mobile game developer AxesInMotion to acquire the entirety of its shares.

Spain-based AxesInMotion develops free-to-play mobile games and has accumulated more than 700 million downloads worldwide, with the vast majority of its revenues generated via in-game advertising.

Following the acquisition, the developer will contribute mobile games to MGI’s portfolio. AxesInMotion currently has two new titles planned with one already in full development.

A deal of value

"The acquisition of AxesInMotion is the first games transaction following our transformation into an advertising software platform," said Media and Games Invest CEO Remco Westermann.

"Especially in a post identifier world, first-party games content is extremely valuable and once integrated with our ad software platform, AxesInMotion will accelerate the MGI flywheel even more. At the same time, the games themselves will also benefit greatly from our ad software platform by leveraging our leading advertising technology and strong expertise in user acquisition and monetisation of ad space."

Media and Games Invest COO Jens Knauber commented: "Since the beginning of the transaction, there have been in-depth dialogues between the AxesInMotion and MGI teams.

"We are all very excited and looking forward to start working together on the various projects we’ve identified within the impressive games portfolio of AxesInMotion and MGI’s advertising technology."

Netflix recently announced intentions to acquire Next Games for a total value of around €65 million, and Drake Star also published its latest edition of its Global Gaming Industry Report, finding Q1 2022 games industry deals cast a shadow over the entirety of 2021.