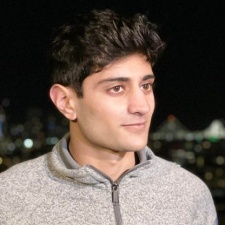 Maneet Khaira, founder of Backbone, has been listed in the Forbes 30 Under 30 games category for 2022, with Forbes celebrating his achievements since starting the company during his senior year at Columbia University.

From raising an initial $1 million investment from parties including Ashton Kutcher’s Sound Ventures and Youtuber MrBeast to support the launch of its core product, the Backbone game controller for mobile phones, Khaira has since raised $40 million in February 2022 to bring console and PC titles to mobile.

This latest funding round attracted even more high-profile investors including Post Malone, Kevin Hart, and TheWeeknd.

Other games industry luminaries acknowledged in the list include Meta technical program manager Chase Davis, who was celebrated for his work on Meta’s cloud gaming functionality; Tammie Siew and Khoa Tran, developers of the mobile app Revery, which gamifies cognitive behavioural therapy; and Victoria Tran, community director at Innersloth, creators of Among Us.