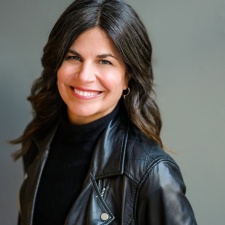 Behaviour Interactive, the Seattle-based developers of Dead by Daylight, has acquired Midwinter Entertainment for an undisclosed sum, as reported by Eurogamer.

While three of the four Midwinter co-founders – Josh Holmes, Fredrik Persson, and Peter Burzynski –came from 343 Industries, Daryl Anselmo came from Zynga, where he was creative and art director of Farmville 2.

This sale comes less than three years after Midwinter was acquired in September 2019 by Improbable, which is embarking on a considerable push towards the metaverse. However, Midwinter’s sole game in development, Scavengers, is not part of the acquisition, and will remain with Improbable.

"The alignment across the teams was striking and rare"

Midwinter head of production Mary Olson told Eurogamer: “When we first started talking to Behaviour months ago, the alignment across the teams was striking, and in my experience rare.

"As we continued to explore, it was clear the opportunity goes beyond similar values and development philosophy. We are thrilled to join and learn from a team with proven success across a broad spectrum of IP, while in turn leveraging the strong foundation, culture, and team we've built at Midwinter to expand Behaviour's portfolio.”

Rémi Racine, CEO of Behaviour, also stated: “Behaviour was not just looking for any studio, but the right studio. Chemistry was essential and our similar values, cultures and our commitment to creating games that push boundaries and defy expectations make Midwinter a perfect fit.”

Behaviour was among expert speakers at PG Connects Seattle. You can expect more on PocketGamer.biz about our first North American conference in 2022 soon, and you can keep updated on our second, PG Connects Toronto, held on July 6-7, through this link.