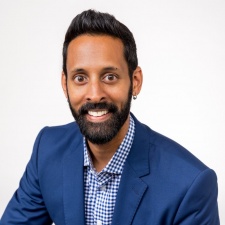 Zynga is starting its celebratory lineup of in-game features, employee spotlights and social integrations across a number of titles in June to promote LGBTQIA2S+ inclusivity.

In addition, the Zynga employee resource group zPride is donating $20,000 to Brave Space Alliance – the first black-led and trans-led LGBTQ+ centre – and a further $20,000 to the LGBT Foundation, a UK-based charity.

zPride is also joining Gay Gaming Professionals with $10,000 in donations as a corporate sponsor.

"I am honored to support zPride’s thoughtful approach to raising awareness through sponsorships that are intersectional, global and upstream," said Zynga chief diversity, equity and inclusion officer Vijay Pendakur.

"At Zynga, we are committed to equity and inclusivity while supporting the LGBTQIA2S+ community throughout gaming and beyond."

Zynga COO Matthew Bromberg was recently hired by Blackstone, weeks before the completion of Take-Two's $12.7 billion acquisition of Zynga.