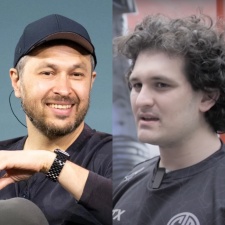 Solana Labs has announced that Saga – an Android handset – is under development, to be released in 2023, with a retail price of approximately $1,000, according to Coindesk.

The phone is a modified OSOM with specialty cryptowallet functions and Solana Mobile Stack – the company’s Web3 development kit. The device will feature integrated Solana Pay to facilitate QR code-based payment, and a mobile wallet adapter.

The device will feature a Web3 decentralized app store, which Solana hopes will attract developers. In contrast to both the App Store and Google Play, the Solana app store won’t take a cut of what apps earn, and the Solana Foundation have pledged $10 million towards the development of apps on the platform.

"Everything is going mobile"

Sam Bankman-Fried, key backer and CEO of FTX, stated: “Everything is going mobile. In most countries, most of the access happens through mobile phones, but crypto mobile is behind the times. The best solution for this is having the actual wallet built into your phone.”

“We live our lives on our mobile devices – except for Web3 because there hasn’t been a mobile-centric approach to private key management. The Solana Mobile Stack shows a new path forward on Solana that is open source, secure, optimized for Web3 and easy to use,” said Solana Labs co-founder and CEO Anatoly Yakovenko.

Solana Labs have said that they will work with other companies, such as Magic Eden, Phantom, and Orca, in order to power the ecosystem. Solana is currently partnering with PUBG developers Krafton to develop blockchain and NFT games.