Concerns regarding inclusivity were key in the decision 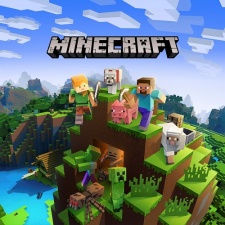 Mojang and Minecraft has responded for calls for clarification regarding its position on NFTs by taking a firm stance against them, stating that they have no plans to support them in the future.

Mojang cites safety and inclusivity as the core reasons for the decision. Although the Minecraft Usage Guidelines allow players to charge for server access, rules are in place to ensure that everyone has access to the same content. The statement, released yesterday, states that NFTs “can create a model of scarcity and exclusion that conflict with our Guidelines and the spirit of Minecraft”.

Although some companies have created NFTs associated with Minecraft world files and skin packs, Mojang states that this doesn’t align with the game’s core values of creative inclusion and playing together.

Mojang's statement continued: “NFTs are not inclusive of all our community and create a scenario of the haves and the have-nots. The speculative pricing and investment mentality around NFTs takes the focus away from playing the game and encourages profiteering, which we think is inconsistent with the long-term joy and success of our players.”

The statement also highlighted unreliability of some blockchain platforms, as some third-party NFT implementations are “entirely dependent on blockchain technology and may require an asset manager who might disappear without notice".

Finally, the report points to instances where NFTs were sold at artificially or fraudulently inflated prices as a reason for this decision, as this goes against the company’s aims to provide a marketplace where in-game creation has intrinsic value.

As such, Mojang have come to the decision that “blockchain technologies are not permitted to be integrated inside our Minecraft client and server applications nor may they be utilised to create NFTs associated with any in-game content, including worlds, skins, persona items, or other mods.”

However, Mojang recognises that blockchain technology is still evolving, and will continue to monitor it to evaluate whether it could be implemented in the future, should it decide that the technology “will allow for more secure experiences or other practical and inclusive applications in gaming”

Earlier this month, PocketGamer.biz reported that children have been banned from accessing Minecraft in South Korea.