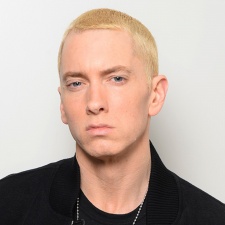 Eminem has become the latest artist to collaborate with rhythm game Beatstar, with Space Ape Games co-founder Simon Hade stating on Linkedin "Less than a day in and it is already looking like our biggest event ever."

The weekend saw a full takeover by the American rapper to coincide with the release of Curtain Call 2, his latest greatest hits album.
In addition to past hits, the album also includes a new track, "From the D 2 the LBC ft. Snoop Dogg", which was released in June and highlighted by Simon Hade in a separate post.

This marks the latest event held in collaboration between Beatstar and a musician. "Bam Bam feat. Ed Sheeran" by Camilla Cabello debuted on the game at the same time as its general release. In June, “Don’t You Worry” – a collaboration between Shakira, David Guetta, and Black Eyed Peas – made history as the first game to be released on Beatstar ahead of its general release.

Could Fortnite be next?

Eminem also made his presence known within multi-platform game Fortnite, where the game’s in-game radio station Icon Radio played exclusively Eminem tracks over the course of the weekend. Like Beatstar, Fortnite has a long history of holding musical events, having previously held concerts for artists such as BTS and Ariana Grande. As such, some fans and news sites are speculating that Eminem will become the latest artist to hold a concert within the metaverse.

Earlier this year, Supercell invested an additional $37 million into Space Ape games, bringing its overall stake in the company to 75 per cent.

Last year, we listed both Supercell and Fortnite developer Epic Games as two of the top fifty mobile game makers of 2021. Although Space Ape wasn't included in the list, they recently won the Best Developer prize and the Pocket Gamer Mobile Game Awards 2022. Stay tuned for the release of this year’s top fifty mobile game makers list later this month to see if any of the companies snag a spot.