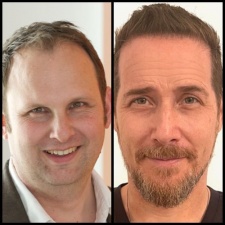 On Monday, we wrote that Beatstar’s recent collaboration with rapper Eminem on the Curtain Call 2 event was one of the biggest in the company’s history. Following its success we reached out to creators Space Ape Games co-founder Simon Hade [pic left] for more details.

"We wrapped up Beatstar’s most successful Multiplayer Event to date with a total of 3.7M song plays over the campaign and 1.3M players adding Eminem songs to their collections," Hade told us.

Beatstar has committed to being a music discovery platform for its players.

"Beatstar has committed to being a music discovery platform for its players," he said. "One of the ways it does this is by delivering brand new music to players on day of global release, from artists like Camila Cabello & Ed Sheeran, The Chainsmokers, The Black Eyed Peas, Charlie Puth & BTS.

"Beatstar launched Multiplayer Events in early July which presented another opportunity to include new music projects in the game. Weekend long Multiplayer Events are perfect for catalogue rich artists rolling out new content, allowing an opportunity to include multiple songs as well as artist dedicated exclusive digital merchandise, such as emotes players can use to brag high scores to other players, or banners for account personalisation."

"A 'Multiplayer Event Campaign' dedicates a week of pre-hype and a full weekend of new content gameplay in Beatstar for millions of players, which can contribute strong marketing support for new releases."

Thackwray went on to say that Beatstar’s new partnerships also invite players to pre-save the highlighted song or album on Spotify and Apple Music, which helps build awareness and has "generated positive sentiment in the music industry"

Thackwray went on to discuss the process of arranging the crossover with record label Interscope, as well as clues as to what led to the event’s massive success.

"The Beatstar team were able to develop in-game & marketing creative that clearly promoted ‘Curtain Call 2’ and paid fitting homage to the iconic rap superstar. Beatstar’s Eminem ‘Curtain Call 2’ campaign launched in the week post album release, providing 'The D 2 The LBC' (with Snoop Dogg) beatmap free to all players including complimentary access to Day 1 of the event.

“Eminem songs generate great Beatstar beatmaps. 'From The D 2 The LBC' amounted to an enticingly complex gameplay experience for players to cut their teeth on.

"From there Beatstar rolled out the Eminem classic 'Love The Way You Lie' (feat. Rihanna) on Day 2 and launched Beatstar’s most difficult extreme beatmap ever on Day 3 with ‘Godzilla’ (feat. Juice WRLD). Eminem’s ‘Cinderella Man’ was reserved as an exclusive prize to players."

Last year, Space Ape Games parent company Supercell hit number 6 on our list of the top 50 mobile game developers. We'll be publishing our list for this year later in August.