The game made $12 million revenue on day of Version 3.0 release 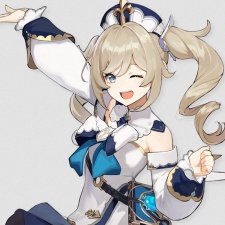 As the second anniversary of miHoYo’s Genshin Impact approaches, now less than one week away, the hit title is celebrating both its Version 3.0 update and surpassing $3.6 billion in revenue.

Titled "The Morn A Thousand Roses Brings", this latest update was implemented on August 24 2022 and saw the game earning $12 million in revenue that single day. As reported by Sensor Tower, this was more than triple the revenue growth of the second-place title for the same day, Uma Musume Pretty Derby.

Of the revenue Genshin Impact earned between September 28 2020 and August 2022, 32 percent came from players in China. The Japanese player base came second for spending, contributing 24 per cent, meanwhile the US came third at 18 per cent.

Beating the nine months it took Pokémon Go, Genshin Impact generated $1 billion in revenue within six months of its launch. It went on to generate $2 billion in its first year.

Sensor Tower highlighted that since the mobile version launched, Genshin Impact was downloaded more than 110 million times worldwide up to this August, not including the third-party Android market; these were purely first-time downloads from accounts on the App Store and Google Play Store.

Earlier this year, MiHoYo revealed the launch of its new cross-media brand and international name, HoYoverse.

Arcaea, another game with a noteworthy following in Japan, recently celebrated its Version 4.0 update. We at PG.biz spoke with lead developer Anton Prydatko about the game’s origins, music and changes with the times since the 2017 launch.