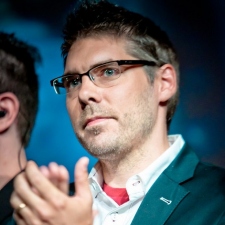 Fortis Games, the recently unveiled studio that has been recruiting major talent formerly from companies such as EA, Zynga and WB Games, have announced their latest hire - Marcus ‘djWheat’ Graham, as vice-president of Community Development.

Described as the ‘John Madden’ of games, Marcus was a pioneer of the early streaming landscape, and served as Head of Creator Development at Twitch from 2019 to 2022, after working alongside them in other capacities since 2011.

Writing on his blog, Marcus described his reasoning for joining Fortis. “It’s because I love and believe in community… and I’m convinced that Fortis is willing to put the time, energy, and resources into an area that has been underserved for too long.”

Marcus went on to discuss the potential that digital audiences and community development had. He pointed to how he saw E3 being upstaged by newer events, such as Summer Games Fest and the Game Awards, and how he attributes this partially to the growth of digital audience and attendees.

Marcus’ statement that, “You’ll never achieve physical attendance that matches the reach of a global digital community,” is ironic as he initially began his career by streaming updates from his Quake III team attending a Swedish tournament to friends and family via a the RealAudio service, which supported a maximum of 25 listeners. Since then, however, he’s overseen the explosive growth of streaming into massive business and a real consideration for devs in order to promote their games and grow their audience.

Fortis have long emphasised their intent to promote social-interaction and ‘community’ as a part of their projects, as founder and former WB Games exec and Fortis COO Shawn Foust did in a recent interview with us.

But, how exactly this will be achieved is still vague; Livestream integration? Metaverse concepts? A new approach entirely? Either way, Marcus is a major hiring that indicates the talk about ‘community’ is not all hot-air and bringing on someone experienced with the sort of social-interaction that Twitch relies upon suggests that Fortis is not ignorant to the challenges, and potential benefits, of fostering an active and engaged gaming community.