The studio’s gaming branch is, as of reporting, independently trading under the name “Technicolor Creative Studios”. 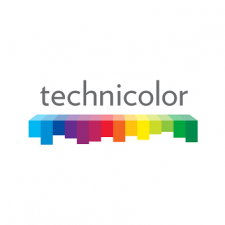 Technicolor games offers services such as art pre-production, asset creation, lighting VFX and others. It has also worked on major titles such as Resident Evil, Call of Duty and FIFA in some capacity. The film division also worked on recent popular films such as ‘Nope’ and ‘Life of Pi’, thus will already have their foot in the door in terms of traditional media.

Recently, we’ve heard a great deal about the consolidation of game studios, especially in the case of major publishers like Ubisoft which has seen Chinese firm Tencent increase its stake. This move to trade Technicolor Creative Studios as a separate entity may provide a counter-narrative to that, indicating that some companies are seeing the potential of independence as a possibly profitable move.

Technicolor itself will now trade under the name “Vantiva” according to their new “about us” page, “Vantiva will continue to leverage their leadership in high-growth Android TV and Ultra-Broadband technology markets and build on expertise in manufacturing, custom packaging and global logistics through its Supply Chain Solutions.”

Clearly, agility is part of the reasoning behind the split. As their differing missions evolve these two newly independent entities likely saw their separation as advantageous from a business point of view. If we look at how other companies such as Netflix are diversifying their offerings with their own game studio, it’s possible that we may see Technicolor games utilising this agility to break into the mobile market.