The indie games showcase reported at least a million viewers as part of its hybrid online and physical booth at Gamescom 2022. 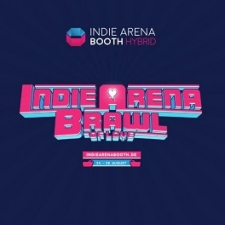 As we’ve recently reported, speculation from streaming figures such as “djWheat” that hybrid events are going to be soon beating out more traditional physical shows such as E3 due to digital attendance. Judging by the recent figures reported by Indie Arena Booth this may already be happening, and it's defying a slow return to the physical space for Gamescom itself.

As reported on Beyondgames.biz, overall attendance figures for Gamescom 2022 were actually down by 29% from their previous 2019 show. This should come with certain caveats: that in-person attendance is inherently less convenient than online, that coming out of Covid building up to pre-pandemic levels of success is something every live event has struggled with, and that overall 12 million views were reported for online portions of Gamescom.

Indie Arena Booth also benefits from being a shared booth, offering demos and exhibitions of over 130 games according to their release for the event. However, regardless of the advantages it does offer some key suggestions about the feasibility of indie presence in the space and the benefits of running hybrid events.

Super Crowd, organisers of the showcase, also presented an animated trailer and theming for the exhibition of the games online as the “Indie Arena Brawl of Love.” Given that the majority of the games that were displayed came from PC, it’s only natural they also gained a space on Steam for a themed sale.

This sort of cross-platform and hybrid promotion is not unknown in either the official or indie space when it comes to games. However, it does vindicate those speculating about the importance of the online space, even for major annual games showcases. With impressive online viewing figures overall and some regression of in-person attendance, hybrid may be the way to go for many companies wanting to present themselves at events like Gamescom 2022.

Connect with metaverse experts at the Metaverse Mixer at Gamescom!

Join us for the Games From Spain Networking Dinner: Gamescom Asia Edition next week on October 20