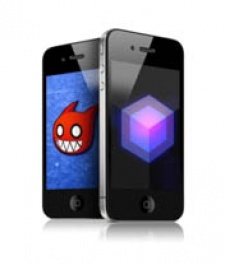 Queen Mary University of London and the University of Bristol have collaborated on the first global study into copyright infringement and enforcement strategies in video games.

The gaming industry is growing rapidly, and currently eclipses both the film and music sectors in terms of revenue, with earnings forecast to hit $200 billion in 2023. Despite this, the industry faces challenges in terms of legislative framework to protect game makers from copyright infringement.

The study, commissioned by the World Intellectual Property Organisation (WIPO) and presented in Geneva, identified “potentially infringing uses and practices that are unique to video games and grouped them based on at what stage of the video game lifecycle they take place.”

Issues at every stage

At the creation stage, the researchers found that developers could expose themselves to potential copyright infringement liabilities by using and incorporating third-party intellectual property, such as characters, brands and protected designs. Cloning, or creating a game which replicates the game experience of an existing property, is identified as particularly prominent in the mobile gaming sector.
At the distribution and access stage, the study identified emulators and roms as being a particular concern.

This is especially prominent in the case of retro games, which aren’t playable on modern consoles and operating systems. Key selling, which includes the resale of access keys, account transfers, and second-hand games. All of these distribution methods “infringe the exclusive right of distribution and/or making available to the public and are also usually prohibited by licence agreements.”

Altering games is identified as a further cause for concern, despite the fact that many modern games offer mod support. Interestingly, this includes in-game tools such as those offered in sandbox titles like Minecraft.
Esports are also identified as something which can infringe on the intellectual property of the creator, in this case as they repurpose the game’s content.

Despite these findings, the report notes that “there is clear evidence that not all potentially infringing activities pose a threat that needs tackling and can even be beneficial for the community and the video game company, since the underlying activities can help identify bugs in the game or inspire further fan works.”

The report also states that right-holders should consider whether strict enforcement is necessary and makes financial sense. Although modding, for example, is identified as a potential cause for concern, the positive economic and marketing impact means that video game companies tend to tolerate the practice. Avoiding litigation therefore, is good practice “unless there is a substantial risk posed by the infringement and there is a high chance of success.”

In September, the Pokémon Company sued six Chinese companies for copyright infringement due to similarities between the Pokémon franchise and the game Pocket Monster Reissue.