You think you’re better than me? The advertising potential of failure

Why are ads where the player fails so uniquely effective? 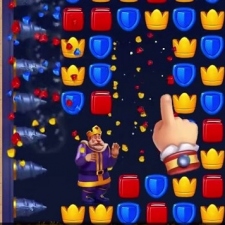 What is it about seeing others fail that makes us want to succeed?

We’ve all seen the ads for games that should be relatively simple, usually Match-3 or makeover games, where the “player” will mess up in the demo.

Everything is going well, until it isn’t. The player will make a few smart moves, then start making bad ones, even when there’s an obvious path to success. They’ll decide to shave a girl’s head rather than style it, or make a series of bad matches and let the king drown. We’re left frustrated, knowing that we could do better.

What is it about these ads that make them so successful? Royal Match has been downloaded more than 50 million times and generated over half a billion dollars, and that’s just one example of a game that advertises in this way experiencing massive success.

There’s a psychological aspect at play here. Part of the reason we engage in media is for gratification. Whether it’s triumphing in a level that’s caused us difficulty or watching our favourite characters snatch victory from the jaws of defeat, we get a rush of endorphins which makes us feel rewarded, in a sense.

In it to win it

Failure has the opposite effect. It’s frustrating, and this is where the unique place of gaming in the media can capitalise. When our favourite character dies in a book series or a sports team loses the big match, there’s nothing a fan can do to change that fact. Fans can, and have, complained and insisted that a game or TV show be rewritten to match their expectations but, while some TV shows have been renewed, or extended cuts of movies released, the past is written in stone.

That isn’t the case with gaming. You can improve your skills, learn to counter whatever the game throws at you and, whether it’s a stroke of luck or a well-executed plan, and eventually triumph.. Past failures aren’t an indicator of future success and, as frustrating as it can be to lose over and over again, it just makes eventual victory all the sweeter.

Seeing a failure in an ad frustrates us, but within that frustration lies potential. We know exactly where the “player” went wrong. There’s an answer there, we can see it, and we’re tempted to try for ourselves and show the computer how it’s done. We’ve faced failure, and we want to succeed. Whether that failure is ours is irrelevant.