The game has achieved $200 thousand in revenue and 1.4 million players worldwide in its first year on the market 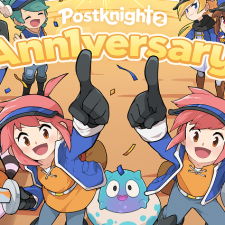 Throughout the first year of the game’s life cycle, the company has released four in-game events, two story expansions, and an award for players.

Alongside the celebration Kurechii is releasing the second episode of Postknight Tales, Uncommon Cassie, on December second, which will explore the backstory of Cassie.

The company is also revealing Postknight 2’s roadmap for 2023, which will include two new story expansions, new online and social features, more language options, and a variety of other improvements.

The Ann1versary event will end with the return of the Wintertide event from December 13 until January 3, which includes special delivery quests, a new minigame, a new location, and the ability to unlock special Wintertide memories by giving gifts to characters.

The Ann1versary event released on November 24 on both Google Play and the Apple App Store.

How did the game succeed?

Kurechii credits the success of Postknight 2 to the continued support of its engaged fanbase worldwide.

Postknight 2 reimagines the RPG genre with a focus on bite-size content, making it perfect for mobile platforms and casual players. The RPG genre is perhaps the most story-focused in gaming, with a strong focus on characterisation and plot that can put it at odds with mobile devices where casual gaming is king. By breaking the game down into small pieces, the game has managed to attract not just established fans of the genre but gamers looking for something new to play while on the move.