Installs for both games are down compared to last year 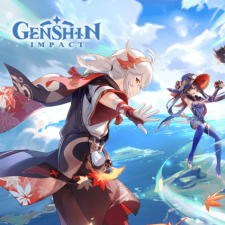 MiHoYo’s Genshin Impact has had a consistently impressive track record since launch, having generated $1 billion in revenue within its first six months – three months faster than Pokémon Go achieved the feat – and generating $2 billion in its first year. By the time the game celebrated its second anniversary this September, it had surpassed $3.6 billion in revenue, with the only mobile games to have generated more in this time being Honor of Kings and PUBG Mobile.

In terms of installs on mobile, Genshin Impact reached 110 million by its second anniversary and has since grown to 126.4 million. GamesIndustry.biz noted that 37.3 million downloads were made between January and September this year, representing a decrease of 7 percent compared to last year. Consumer spending between Q1 and Q3 of 2022 was to the value of $1.4 billion.

Sensor Tower previously singled out Genshin Impact, noting that it has been the most successful gacha mobile game and earned more than the second and third-place gacha games combined in the past two years.

Also leading the charge amongst mobile games, across the App Store and Google Play Store PUBG Mobile has been installed 1.1 billion times globally, with 104.4 million of those downloads occurring between January and September 2022. This represented a larger drop than Genshin Impact’s, falling by a notable 27 percent from the same period last year. In this timeframe, PUBG Mobile also made less revenue than last year, again a 27 percent decrease from $2.2 million to $1.6 billion.

This August specifically, PUBG Mobile earned $156.3 million with 60.7 percent of this coming from Chinese gamers alone. Since its 2018 launch, the game has made $9 billion total from worldwide player spending.

Last month, PUBG Mobile partnered up with the world-renowned car manufacturer Maserati to announce the bringing of three Maserati luxury sports cars into the game.