How is Glu's celebrity hit aging? 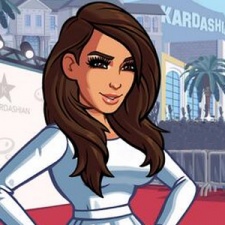 The surprise hit of 2014 in western mobile markets, Glu's Kim Kardashian: Hollywood has proved to be the fulcrum on which the previously loss-making publisher turned the corner to success.

It's not just about the revenue the game has generated - it does between $10-$15 million a month, although that doesn't drive profits in the same way that Glu's #2 game Deer Hunter does.

This is because, as the licensee, Kim Kardashian's take from the game bearing her name and likeness is around 40 percent.

Nevertheless, the success of Kim Kardashian: Hollywood's demonstrated Glu's operation smarts, which, in turn, has lead it to sign similar deals with Katy Perry and Britney Spears, not to forget the $126 million Tencent has invested for a 14.6 percent stake.

And, in this manner, the game has proved transformative for Glu.

So, one year on from its release, we thought it was time for our Charticle to have a look at its performance in the top grossing charts, both in the west and the Asian markets.

Unsurprisingly, if you want to see where Kim Kardashian: Hollywood has done the best on the App Store, you look at English-speaking territories, such as the US, UK, Australia and Canada.

As can be clearly seen in the graph below, the game launched strongly and remained in the top 20 on iPhone in these countries during 2014.

A slow decline, and increasingly volatility in its chart position, is evident during 2015, yet the game generally remains with the top 50 - a remarkable achievement, and one that drives its revenue.

Looking at Kim Kardashian: Hollywood's performance on Google Play, the decline is more obvious, thanks in part to the cleaner lines generated by Google's algorithms.

After a year, though, it remains in the top 50 grossing in the UK and US, while in the top 70 in Canada and Australia.

Interestingly, if we look at a couple of key western but non English-speaking countries, such as the top grossing Google Play chart for France and Germany (Spain and Italy don't actually rank in the top 100), we can see Kim Kardashian: Hollywood hasn't found the same paying audience.

Expanding our scope to iPhone, Kim Kardashian: Hollywood has done better, but hasn't ever entered the top 20 grossing in either France, Germany, Spain or Italy.

This trend is even more pronounced in Asia, where the scale of our grossing charts changes from a top 100 to a top 500.

Despite this, the game hardly features in Japan, and only does marginally better in China.

Its performance is better in Taiwan and South Korea, where it has peaked briefly within the top 100.

Only in Hong Kong, however, has it sustained a top 100 grossing position - at least in 2014 for iPhone.

Of course, given Kim Kardashian is North American celebrity brand, this is not unsurprising.

According to market intelligence company Sensor Tower, the US, UK, Canada and Australia markets account for around 75 percent of the game's revenue, with the US alone driving 47 percent of sales.

In some ways, it just underlines how successful the game has been in generating revenue from what is in global terms, a large niche audience.

Certainly, it will interesting to see how Glu handles the more global brands of Britney Spears and especially Katy Perry.

As Britney Spears: American Dream crashes, it looks like Kim Kardashian: Hollywood's success is the outlier of celebrity sim games