How does Last Day on Earth: Survival monetise? 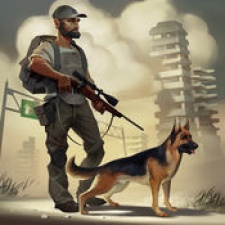 Last Day on Earth: Survival goes against much of the conventional wisdom around free-to-play mobile games.

For one, it's not the least bit casual. This is a game in which getting any useful item involves trawling a zombie-infested area for the constituent parts and crafting it yourself.

With this comes a clarity as to who its audience is, freeing it from the prolonged tutorials and giant 'TAP HERE' arrows we've grown so used to seeing.

Instead, the player is dropped in at the deep end with an unarmed avatar wearing nothing but a pair of underpants.

Nothing is explained, everything has to be worked for and missteps are often punished with a swift death.

These kinds of uncompromising experiences have been increasingly popular on PC over the past few years, but this is something we've rarely seen on mobile - particularly in the free-to-play market.

The game seems to be performing well in the grossing charts, though, suggesting that mobile players are more receptive to such games than one might assume.

Monetising a game like this in a free-to-play model is obviously fraught with complications. Being too heavy-handed could completely destroy the sense of earning one's survival bit by bit, and death has to remain absolute if this effect is to be sustained.

Last Day on Earth: Survival offers a number of Boxes - priced in real money - containing everything from food and medicines to weapons and vehicle parts.

But the world around you remains alive as you browse the game's menus, meaning that you can be attacked by a zombie or a wolf even while perusing these items.

The game's bundles are inexpensive, which is necessary considering that your inventory is wiped when you die.

Priced in real money, they vary from the basic Survivor's Pack – 20 cooked steaks, 20 cans of beans, 20 bottles of water and a crowbar for $0.99 – to specials like the Zombie Warfare Pack, which offers nine powerful weapons and 50 Coins for $9.99.

Coins are the game's sole currency and can be bought in bundles ranging from $1.99 for 50 to $29.99 for 750. They can also be found in the game world, although infrequently.

Coins can be used to buy Gasoline for vehicles, industrial amounts of logs or stones for large crafting projects, and timed XP boosters to speed up the levelling process.

The game also has an energy system, with players given the choice to either run or walk to each new location. Running costs energy, but will get you to your destination in mere seconds. Walking, meanwhile, expends no energy but can require wait times of around 20 minutes.

70 out of 100 energy points can be recovered immediately in return for 25 Coins (around $1 in real money) while watching a video ad restores 15 energy points.

No price on survival

Crucially, though, these are all strictly optional purchases. If they weren't, a game of this kind would be immediately ruined.

Monetisation is surprisingly nicely integrated into the game world, too. After dying of hunger, a stylised ad imploring the player to 'GET SOME FOOD OR BE A FOOD' points in the direction of the store.

Elsewhere, a Healer character offers up some free food in return for watching a video ad – contextualised within the game as a dream.

It all feels considered, and this is to Kefir Games' credit. This is far from a simple cash-in on the current trend for survival games.

More importantly, it serves as proof that there is room for different experiences within free-to-play mobile games, and that riding roughshod over standard practises can sometimes bring positive results.

How does Onmyoji monetise?

Hi, my name is Bella.I trusted Dr Obodo completely, from the minute I spoke with he I knew he would…