What is your residual cohort value - and why is it important? Pollen VC highlights the real value of your existing user base 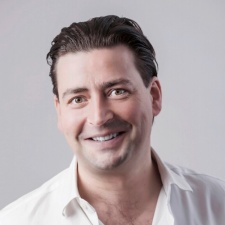 Lifetime Value (LTV) is a phrase that is thrown around a lot within the global mobile games market.

On the surface it’s a simple, easily understood concept: it’s the amount of money you’ll make from a given player over the period of time they play your game.

It’s a fundamental part of the monetisation of mobile games and something that every developer and publisher, from part-time indies to international corporations will live and breathe.

‘Residual Cohort Value’ on the other hand sounds like a phrase only a Chief Financial Officer could love.

Yet it’s a fundamental part of the Lifetime Value model and asks a question that every game creator should have in mind when releasing a mobile game:

How much value is there in our existing players?

Calculating the Lifetime Value of a player depends upon the revenue coming in from each player. The Residual Cohort Value asks a slightly different question:

If all UA stopped tomorrow, how much value remains in my existing user base?

On the surface, this can seem slightly irrelevant. Why would you stop UA?

You need to keep users coming into the game in order to generate revenue and build Lifetime Value. But the value in understanding this comes from the underlying financial significance, as this residual value is an asset of your company that can be used to your advantage.

In an M&A scenario, the RCV is an asset that is fundamental to the valuation of a company. Any acquirer will look at the value in these existing users and use that as a significant factor in arriving at your valuation, alongside other financial metrics.

The existing player base of any game has a tangible, real-world value that is often misunderstood.

Similarly, if the company is looking to raise additional equity capital, then the residual value of its users can be used to feed into the company valuation to price the next round.

Understanding the value trapped in the residuals means that developers/publishers can also borrow money against them in order to sustain or grow their user acquisition activities.

Lenders like Pollen VC use the value of the residual cohort, as well as accounts receivable (AR), in order to provide its credit facilities to game developers to help them grow faster using paid UA without relying on venture capital.

How established a studio is, and also the genre of the games they create will both weigh heavily into the RCV calculation. In later stage studios which have been acquiring users over a sustained period of time, RCV can be a substantial figure, especially in genres where LTVs are longer. There can be a lot of inertia in the flywheel that takes time to play out depending on genre. As an example, the LTV of social casino games tends to be very long, whereas hypercasual games have very short LTV cycles, so residual value falls away quickly.

While larger games companies frequently incorporate dedicated data analysis and business intelligence teams to model their UA and financial scenarios, it is not always so easy within younger, or smaller companies.

However, accurate, up-to-date and accessible financial information can be just as important for younger businesses, as their finances can be finely balanced and often rely on the optimal performance of one or two games rather than a portfolio of games owned by a larger studio.

Mobile games finance experts Pollen VC recognise this need within the sector and have produced CFO Resources, a whole suite of tools to provide games businesses with the insight and intelligence they need in order to make informed financial decisions around their growth strategy and planning.

Residual Value Calculator is just one aspect of our new CFO Resources initiative...

Part of this suite is the Residual Value Calculator, which enables studios to analyse the current performance metrics of their games as the basis to estimate the residual value trapped in their live cohorts.

Martin Macmillan, the founder and CEO of Pollen VC, said:

“The existing player base of any game has a tangible, real-world value that is often misunderstood. It provides a baseline asset which developers and publishers can use to open up new funding options to grow their business.

Giving games companies this sort of financial insight into the performance of their games is a fundamental part of Pollen VC’s vision to improve the financial literacy of mobile game developers, helping them make the most informed choices about how they finance themselves as they seek to scale up.

Our Residual Value Calculator is just one aspect of our new CFO Resources initiative, which gives every business the sort of insights and expertise that having a world-class CFO can bring.