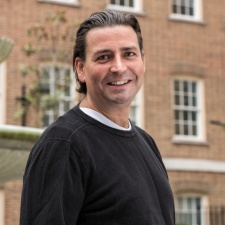 As the mobile gaming industry moves on from its obsession with hypercasual, studios are realising that in order to build long-term value they need to create games that keep players playing - and paying - for longer.

Games with lifetime values (LTV) measured over months or years is where the industry is heading. But in creating games with much longer LTV periods (think Candy Crush and the like), the associated user acquisition (UA) costs to scale such a game also rise dramatically.

So as the trend is towards creating longer-term franchises, the extended investment horizons before these games break even is creating a new challenge in terms of how best to finance these games to enable them to achieve category-defining scale. This is in part why we are witnessing huge seed and Series A rounds, with founders and VCs citing huge UA costs if they are going to be able to compete for the long game. But founders are also now taking advantage of more capital-efficient ways to fund growth to scale.

Let's consider how LTV cycles work from a financial viewpoint and use the extremely popular merge game genre as an example. Unlike hypercasual, where the breakeven period on ad spend is measured in as little as a few days, merge games think about long-term retention of more than a year, with typical return on ad spend (ROAS) breakevens coming in around 270 days (nine months). Whilst few of these games have been around long enough to accurately measure really long-term retention, their LTVs are expected to be measured in years, not weeks or months.

To start with we'll zoom in on the unit economics of a hypothetical user cohort.

Breakeven on ad spend is achieved at day 270, and the cohort goes on to generate a 180% ROAS after 24 months. Overall that's an 80% return on capital invested into ads, or 40% annualised return (ignoring the convexity of the LTV curve). Obviously, the cohort could go on to generate additional incremental value if players stick around, but for the purposes of modeling, it's important to have an LTV cutoff point.

Now let's put some real economics around it, and assume a $5.00 acquisition cost and an $8.00 LTV achieved after 24 months. Here's the P&L of that cohort and financial returns profile:

In this case, the studio would have spent a whopping $27 million on ads before the first cohorts start to break even (although they would have started to earn money from monetisation of the early cohorts). This is a substantial risk to investors on top of the investment in production of the game and content to keep players engaged.

Of course, once a certain level of spend is achieved, UA networks will typically start to offer credit facilities. Studios often try to get these facilities increased and payment terms extended so they can keep spending.

In effect, a credit facility from an ad network is a transfer of LTV recovery risk from the studio onto the ad network. So how do these credit lines work? Normal payment terms are 30 days from the end of the month in which the ads are served. So, for example, January's ads need to be paid for at the end of February, but with January cohorts not expected to even breakeven until September. This leaves a huge sum to be externally funded if the studio wants to keep up a $100k daily spend.

So a credit line helps a little bit, but in reality, it's a drop in the ocean if the breakeven period on ad spend is 270 days, as in our example. And let’s not forget that the payouts from the app stores and ad networks are also delayed, which pretty much offsets the benefit of the credit line.

Isn't there a more efficient way to finance this growth?

We are all reading about mega-rounds of VC money going into the sector and very often this investment is being used to fuel massive investment into UA spend to get these games profitable and generate long-term value. Alongside virtually every large financing round is talk of how the round will be used to fund user acquisition.

But founders are increasingly looking at more efficient alternatives to venture capital funding to fund UA acquisition. The announcement back in May 2021 where Metacore raised a whopping $180M credit facility from Supercell was a seminal moment for the industry. According to Crunchbase, Metacore has raised only $22.8M of equity funding, against a total of $180M of debt funding across two rounds.

Founders who care about the efficient use of capital are increasingly looking at debt-based instruments to sit alongside their VC investment as a complimentary source of funding. This means that venture capital raised can be directed into "at-risk" activities like building new games and growing teams, whereas the relatively low-risk UA activities can be funded via instruments like revolving credit facilities, reflecting the difference in risk profiles between the two initiatives.

Consider the dilution impact of having to raise larger rounds to finance UA. Not only is the dilution impact higher on founders, but it also puts a higher hurdle of liquidation preference before founders start to see value on exit. It’s easy to overlook this in these days of frothy valuations in mobile gaming, but when the world changes it will come into sharper focus for those at the helm of their studios.

At Pollen VC we are seeing a significant uptick in enquiries from those seeking more efficient ways to fund longer LTV games, as founders get savvier to the concept of capital efficiency and think through their own economics of dilution (and control). Debt financing is best used as a complement to equity funding - it’s very rarely an either-or decision - it’s all about having an efficient capital mix. Not only does this limit dilution for everybody but it makes VCs happy when they see founders deploy their capital efficiently showing good financial awareness and discipline.

Other factors to consider

Estimating long-term retention is a tough nut to crack. Trying to predict player behavior 12-24 months from now is extremely hard, and is subject to many variables that are outside the sphere of control of the studio. Yet the long-term LTV estimates to support UA buying decisions depend on retention predictions necessary to calculate what the studio is prepared to pay for users. The temptation to overestimate long-term retention can be huge, so studios need to try to be conservative to avoid a very expensive mistake if their acquisition strategy has been too optimistic.

Lastly, as so much hinges on the studio’s promise to deliver on long-term retention of players, there needs to be sufficient content available to keep them engaged for the long haul. That content costs real money to build and needs to be built into the overall financial plan. One sure-fire way to kill long-term retention dead is for the most committed of players to run out of levels in a game. As a result, maintaining the continuous level and content development for the game might end up costing much more than the initial development itself.

In summary, the current M&A landscape for gaming studios that have built long LTV franchises is showing the value of having a long-term player base. When thinking through how best to fund successful games to a level of scale that gets them onto the M&A radar, founders should consider and model the range of options available to achieve the desired result, which is likely to include a mix of funding options to most efficiently reach their goal, without excessive dilution.