How to break the psychological barrier 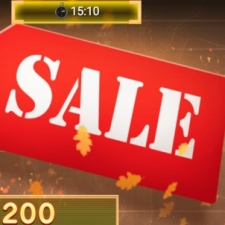 Analytics firm AppsFlyer reckons that only 3.5% of mobile gamers spend on in-app purchases.

That's a potentially dispiriting figure for mobile game developers, but it's not all doom and gloom.

As part of the same study, AppsFlyer also found that the average paying player spends an average of $9.39 per month on IAPs.

This means that once a player overcomes the psychological barrier of that first spend - providing that the purchase yields something of value in return - there's a good chance that they will become a returning customer.

Therefore, a player's first spend is the hardest to come by, but also by far the most valuable.

One way developers have increasingly attempted to encourage players to break the spending barrier early is with starter bundles, a retailing gambit in which prices are slashed in a limited-time offer for new players.

I've encountered (and purchased) a number of them for our IAP Inspector series, and observed that some are far more effective than others in terms of their implementation.

As such, purely from my own perspective as a player, here are some key points that any developers looking to integrate a starter bundle should consider.