Why retargeting is the new user acquisition for mobile games 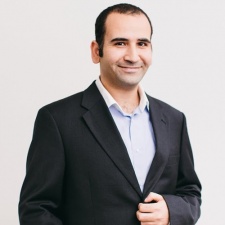 Maor Sadra is Managing Director and CRO of AppLift.

When the mobile app industry began, app developers’ biggest concern was their ranking in app stores. They wanted to be the most popular and to acquire as many users as possible.

But these days, the same apps and app developers dominate the charts. For many, being one of the most downloaded apps is simply not feasible, or even that important to monetary success.

We can’t all be Supercell or Zynga. It’s unlikely your game is the next Pokemon GO or Angry Birds. But that is okay! User acquisition still matters, but today, a more pertinent goal is to get more from existing players, and to win back those you have lost to competitors.

Just two years ago, retargeting represented less than 2% of app marketing spend. Now it is top of mind for many mobile games developers.

In theory, launching a retargeting campaign is simple: Define your audience and serve targeted ads via RTB. In reality, determining how to segment users and to measure your efforts is incredibly complex.

Let’s take a look at how mobile app developers can address these challenges to run better retargeting campaigns and derive more value from their users.

The more data you have on your users, the more complicated it becomes to segment them. The key to effective retargeting is determining which users to focus on and with what type of message.

Then you can get more granular within each group. For example, you can dissect user patterns and create user profiles based on things like gender and demographics. Based on your findings, you may opt to make subsections within your user groups.

Do not target segments with less than 50,000 users globally via RTB. You will have to bid very high, and it is just not feasible. To put it in perspective, the typical retargeting campaign has one million users.

If an audience segment is smaller than 50,000, opt for other marketing tactics, such as personalised email marketing, to drive action.

If an audience segment is smaller than 50,000, opt for other marketing tactics, such as personalised email marketing, to drive action. This customised approach can be particularly effective when engaging your big spenders.

Go for the low-hanging fruit

Just as challenging as segmentation is defining how much you should spend and determining if the investment was worth it. When you target users who have stopped playing, you center your KPIs on the baseline reports of their activity and extrapolate what they might have done if they had not churned.

Since you already spent something to obtain these users, comparing activity versus your new investment is a bit tricky. Sometimes, retargeting gets more credit than it deserves.

For example, let’s say you have an engaged user who shows interest in unlocking a functionality. You begin to target them with ads to promote this. They continue to use the game regularly but do not pay to unlock the new level.

If you were to simply compare your media costs to the user’s engagement levels, you might wrongly conclude that retargeting was worth the investment, when really it didn’t generate any additional actions.

You must work with your marketing partners to define clear objectives and to understand their approach to measurement.

A good way to drive maximum results from retargeting is to focus on low-hanging fruit - users who have stopped playing, users with low activity level, or users who have churned. With these groups, it is easier to assess the results of your marketing.

For example, if you target dormant users with ads and they begin to play again, you can be confident your retargeting worked.

Experiment with messaging and sequencing, and optimise your approach based on data. Refine your frequency capping based on the audience and the action you are promoting. In general, the more expensive a product or service, the more impressions you are going to serve.

If you are an automobile advertiser, you are going to have a higher frequency cap than a game developer trying to drive engagement rates.

But don’t oversimplify it. You have to have a strategic approach to segmenting users and measuring results so you can get the most from your investment.

This will only become more important as retargeting’s role in mobile game marketing continues to expand.

Applift rebrands to focus on UA and retargeting