Stick within a $3 billion market or twist for $40 billion? 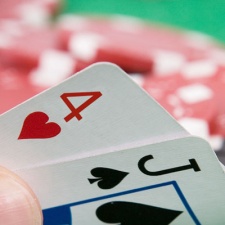 Although technically part of the mobile games market, the social casino sector has often stood alone.

Some operational aspects - UA, retention, monetisation - are broadly common to both types of games, of course, but often stark differences in content and gameplay mean there’s been a surprising lack of crossover.

However, as the industry matures and growth in both sectors become harder to find, this is changing.

The most recent example of this trend is the all-cash $500 million acquisition of hardcore 4X mobile game developer Plarium by Aristocrat Leisure.

The Australian manufacturer of gambling machines bought US social casino mobile developer Product Madness in 2012 to gain access to the then-burgeoning mobile market, but Plarium is an entirely different sort of deal.

Note that given Aristocrat’s market capitalisation of $10 billion and its almost $850 million in cash, the size of the deal isn’t what sets it apart - although valuing Plarium at 11 times EBITDA is a little rich.

No. What’s significant is Aristocrat's plans to run Plarium as a complementary and synergistic division alongside Product Madness, while the deal’s structure ties Plarium’s management team to Aristocrat until the end of 2020.

Of course, this doesn’t mean Plarium is going to start making slots games. That’s what Product Madness already does and well.

Aristocrat plans to run Plarium as a complementary and synergistic division alongside Product Madness.

Instead, as both companies use the Unity engine they can share technical expertise, alongside developing skills around UA and retention.

The crossover potential will grow if Plarium is successful in its plan to expand into casual games too.

Compare this to gambling outfit Churchill Down’s acquisition of Big Fish in 2014.

Another expensive deal, which cost $837 million in terms of cash and eventual earn out (8.5 times EBITDA), the big difference was Big Fish was already successful in the social casino and non-social casino sectors.

Post-acquisition, Big Fish has continued to grow, but it’s not clear how its non-social casino operations fit into the bigger picture for Churchill Down, which operates races and race tracks such as the Kentucky Derby.

This isn’t to say the deal was a mistake. Only that the deal wasn’t about complementary or synergistic opportunities.

And, up to this point, this is how most social casino M&A has operated: big gambling companies spending big to acquire mobile social casino developers. These have been vertical deals.

As the mobile social casino market has continued to grow into a $3 billion global market, so social casino developers have proven to be useful investment assets.

Playtika was originally bought by US outfit Caesars in 2011 and then offloaded at a sizeable markup to a Chinese consortium in 2016, while Double Down was similarly acquired by US company IGT in 2012 and resold for four times that amount to South Korean outfit DoubleU Games in 2017.

These deal were internal to the wider gambling market, however, and this is why Plarium’s acquisition stands out.

As previously highlighted, there are some companies who span social casino and non-social casino markets, and they’re worth considering too.

The most obvious is Zynga, which thanks to games such as Zynga Poker and several social slots titles generates a majority of its revenues from its social casino activities.

And it wasn’t too long ago Zynga’s social casino and non-social casino businesses appeared to offer limited complimentary advantages. In an early 2017 article that has quickly dated - I argued it would make sense for Zynga to spin out its social casino games in a separate company.

Actually, I think the logic still holds, but increasingly less so.

This is mainly due to the success of CSR Racing 2 over the past 6 months, but also to the way in which Zynga has demonstrated its new company-wide focus on live operations has boosted the revenue generated from CSR Racing and Zynga Poker.

Zynga’s new focus on live operations has boosted the revenue from CSR Racing and Zynga Poker.

This is exactly the same complementary advantage Aristocrat is hoping to generate from Plarium and Product Madness.

Indeed, it’s significant to note pressures within the maturing mobile game market has resulted in movement from the mobile games sector into social casino.

Such interest is cyclical: most recently experienced when companies such as Glu Mobile got excited about (what proved to be never-realised) opportunities for real-money gambling back in 2013.

But now it’s finding growth harder to find, a partnership with PlayStudios (myVEGAS Slots) will see it returning to source.

In this context, it will be interesting to see how the new wave of social casino companies such as Huuuge Games, KamaGames and Murka, which mix up traditional F2P game design with social casino theme, react to the situation.

Do they stick with the $3 billion social casino market in which they’ve found some success or look to take advantage of their growing M&A value within the broader $40 billion mobile games market?

If nothing else, at least they should be good at calculating the best odds.