Casino games endure on mobile, but how big is the industry? 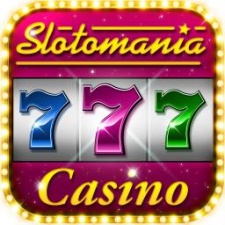 The way we spend our leisure time has been utterly transformed by the technological strides of the past few decades.

And yet, the appeal of the humble one-armed bandit has endured. Reborn on mobile through a seemingly neverending supply of slots-based social casino apps, the currency is virtual but the money invested by players is real.

It's flowing healthily, too, as a perusal of the US iPhone top grossing charts will attest.

This is dwarfed by more traditional video game experiences, the Clash of Clans and Angry Birds of the world, which make up exactly 50% of the top 100 grossing iPhone apps in the US at the time of writing.

But for what seems like such a narrow category - nearly every single one of the 16 social casino titles in the top grossing mix is based heavily around virtual slots - it's clear that there is a lot of money and competition in social casino.

So who are the biggest players? Israeli outfit Playtika, acquired for $4.4 billion by a Chinese consortium in July 2016, currently ranks highest with Slotomania at 17th in the US iPhone top grossing charts.

It also has World Series of Poker at 53rd, and Caesars Slots at 72nd.

Originally released back in September 2011, Slotomania is a great example of the longevity that can be enjoyed by social casino titles.

It spent the vast majority of 2012 inside the top 10 on the US iPhone grossing charts, and has barely dropped outside of the top 25 in the five years since.

This is the advantage that social casino titles have over other mobile games: the formula is not constantly shifting in the same way, and nor is the demand for enhanced visuals so great, which results in the ravages of age not having such a brutal effect.

Playtika stablemates Caesars Slots and World Series of Poker are hardly new kids on the block either. Both launched in 2013 and have been similarly consistent.

In fact, both recorded better US iPhone grossing positions in 2016 and 2017 than in 2013 and 2014, suggesting that Playtika's social casino library is benefiting from its live ops strategy.

Another recognisable name in the top 100 US iPhone grossing chart is Big Fish Casino, from Big Fish Games, at 25th.

This is another title that's been established for a long time, launching in August 2012, and has established itself as the market leader.

Bar one anomalous day in November 2014, the game has remained consistently within the top 50 US iPhone grossing chart for five years. Its peak came in 2014 and 2015, when the game was almost ever-present in the top 10.

And in 2017 so far, it's peaked at eighth and mostly recorded top-25 positions.

American companies dominate the social casino space, with nine of the 16 games in the US iPhone top grossing charts originating there.

Scatter Slots is a particularly interesting example, with a strong fantasy theme and boasting "the most unusual slots community in the world".

This proves that even in the relative staid world of social casino, different approaches can yield positive results.

What's even clearer is the fact that many companies are making significant money from social casino, and doing so relatively quietly.

Below the major players like Playtika and Big Fish Games are a layer of lesser-known studios bringing in significant revenues from social casino - some of which are even out-grossing the likes of Zynga.

It's almost an entirely different industry to free-to-play mobile game development, but perhaps there's a lesson to be learned in the ways these titles are evolving to retain a paying audience year after year.

Has Aristocrat hit the jackpot with its $990 million Big Fish Games acquisition?

Reply
Elena Serbanescu App Store Optimization Expert at Playtika
Hi Matt!
Good piece!
There is a misunderstanding in it, though - House of Fun that you mention as being made by Pacific Interactive (UK) has been part of Playtika (they acquired Pacific) for a long time now. As it happens, together with Slotomania and WSOP, House of Fun is one of the top grossing apps in the Social Casino category in App Store. An amendment to this would be appreciated.
Thanks!