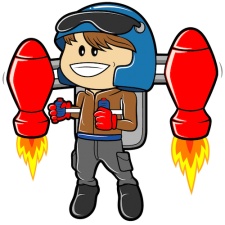 It’s no secret that success in the mobile games space relies a lot on not just a great game (though that is key), but on data.

Acquiring, retaining and monetizing users smartly are part and parcel of making a top grossing game, as is analysing user trends and understanding how these players are interacting with your game and if your monetisation is working.

By gathering and understanding the right data points, developers can refine their marketing creatives and gameplay.

This requires in-demand talent with expertise in areas such as advertising, user acquisition, monetisation and data. Developers must deal with multiple SSPs, DSPs, mediation tools, attribution and analytic platforms. Aggregating all this data is not an easy endeavour, but a critical step towards optimizing performance.

But sorting through valuable data points while keeping connections APIs up to date, for example, can be a time-consuming exercise. Particularly when these reports come from various different sources.

It’s previously been reported that many data scientists only spend 20 per cent of their time on actual analysis. The rest is spent on finding and organising it.

One developer that’s had to deal with these challenges is Helsinki-based studio Futureplay, famous for coining the term ‘view-to-play’. The team has worked on ad-focused idle games such as Idle Farming Empire and Idle City Empire, and more recently casual battle royale title Battlelands Royale.

The company has served over one billion ad impressions to more than 70 million players. With such a focus on ad monetisation, the team needs to ensure it’s collecting and analysing the right data and generating revenue from its ads as efficiently as possible.

We use the data as the foundation for the vast majority of our business decisions and data-driven processes.

Futureplay analyst Camilo Fitzgerald stated that the studio was advertising on over 10 networks, including Facebook and Twitter, and monetising on five, such as Unity and AdColony.

While data from its partners informs all aspects of its business, from financial reporting and ad ops to KPI monitoring, LTV modeling, user acquisition and product management, implementing and maintaining all the APIs itself would take a significant chunk of time.

The studio decided to turn to an automated platform to save the team time and focus their expertise on non-admin tasks and actual analysis. For this, it picked Libring, a SaaS solution that automates ad revenue and in-app purchase data aggregation and normalisation for digital publishers.

“Everyone at Futureplay uses the data provided by Libring on a regular basis,” said Fitzgerald.

“We use the data as the foundation for the vast majority of our business decisions and data-driven processes.

“Examples include ad revenue attribution for our LTV model that allowed us to grow our UA spend on a ROI positive basis, sanity checks on install reports from ad networks, reconciliation of IAP revenue and spenders reported by stores against that reported on client devices, day-to-day game KPI monitoring, and optimisation of the ad networks we have integrated into in our games.”

For French digital publisher Webedia meanwhile, partnering with a service provider like Libring meant it was able to reduce the time it spent manually aggregating and normalising data from its four ad networks by 30 per cent, giving it more time to act on those insights and devise strategies.

We can reorder our monetisation stack based on updated data we get from Libring, analyse the results, and fine-tune our strategy to drive continued growth.

“Libring is a very flexible tool that supports us as we scale. Our full stack is plugged into the platform,” said Webedia head of user acquisition and monetisation for apps and games Paul Le Bas.

“We’ve been testing different ad networks and gradually increasing the number of connections up to 20 partners (including acquisition and analytics) without the extra effort and the complexity of setting up new connectors in our stack.

“I can add and remove connections in a flash and concentrate on optimising my waterfall to drive more revenue. It’s all about being more strategic and less operational.

“The tool allows us to compare CPMs between ad networks. So we can reorder our monetisation stack based on updated data we get from Libring, analyse the results, and fine-tune our strategy to drive continued growth.”

On top of Webedia and Futureplay, Libring has worked with a host of other games companies, including the likes of Ubisoft, EA, Game Insight, Zynga, Next Games, Sega and Ilyon.

Its SDK-less service offers a one-stop shop for your data needs, whether that’s for refining ad monetisation and tracking user acquisition campaigns.

The platform is quick to set up and starts collecting data immediately. Automated reports can be customised and offer valuable insights to both save time, improve ROI on UA and grow revenues.

You can check out more on what Libring has to offer here.