As Apple enforces bans on offerwall-based CPI and CPE campaigns, CPA campaigns are still an option for developers 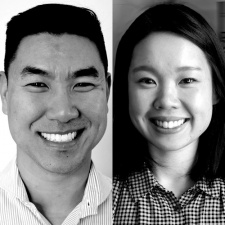 Christy Wong-Taylor is VP of North America Supply at Fyber and Tony Chien is the Vice President of Marketing at Atari.

In early May, PocketGamer.biz reported that game developers will soon lose thousands of dollars in offerwall advertising now that Apple has said it will enforce its ban on incentivised installs.

What’s notable about the news is Apple’s specificity with respect to cost per engagement (CPE) offers counting as a form of incentivised install. Offerwalls have been a long-time staple for games developers and are used in over 25 per cent of Apple and Google’s top 100 grossing games.

But the CPI/CPE ban is far from the end of the world. Games developers who’ve enjoyed great success with offerwalls can still drive a strong ARPDAU with CPA campaigns.

So in light of Apple’s announcement, here are some tips for forging your way forward with rewarded ad campaigns.

Use rewarded video alongside offerwalls

Rewarded video differs from an offerwall in that it requires just one opt-in from the user, whereas an offerwall has a double opt-in (the user opts to view an ad, and then selects which ad to engage with).

While eCPMs aren’t as high for rewarded video compared to an offerwall, user engagement can be as high as 60 per cent.

While eCPMs aren’t as high for rewarded video compared to an offerwall, user engagement can be as high as 60 per cent for games where rewarded video has been integrated into the gameplay.

Many games offer multiple currencies. Because offerwalls ask more from a user, it’s a best practice to reserve your more valuable currency for that format.

For instance, Atari’s RollerCoaster Tycoon Touch has two virtual currencies, gold coins and tickets as well as card packs. Because tickets are more valuable, that currency is reserved for offerwalls. Free card packs are offered when users watch a rewarded video ad.

With offerwalls, the publisher sets a currency exchange rate that translates the amount an advertiser is paying to the amount of free currency a user will receive.

Most developers put their offerwall inside the store, which is where IAP buyers head when they want to buy currency.

While this is a good start, it won’t catch the attention of users who never make IAPs and therefore have little reason to visit the store.

Atari tends to use rewarded video on its home page, as it gives all users immediate access to the reward and reserves its more valuable offerwall rewards for its stores.

That’s why it’s important for developers to have multiple placements for all of their rewarded ad formats. Atari tends to use rewarded video on its home page, as it gives all users immediate access to the reward and reserves its more valuable offerwall rewards for its stores.

The best approach will probably differ from game to game, so use A/B testing for the optimal placement for each ad format.

Make sure your users understand the value of engaging in ads

As mentioned earlier, rewarded video and offerwalls are opt-in, which means that users must choose to engage in an ad.

Players won’t engage with an ad unless they understand what’s expected of them and how the reward will benefit their game experience. A well-implemented ad strategy makes this information clear to users, e.g. "earn free tickets" or "watch a video for a free card pack".

Finally, it's easy to forget about the role of customer support for users when it comes to rewarded ad formats.

Offerwall users in particular are an extremely passionate and vocal subset, and you’ll need to clearly communicate how they can get support should they have questions about the status of any of the offers they've completed.

In conclusion, while Apple will now enforce bans on offerwall-based CPI and CPE campaigns, CPA campaigns are still an option for developers and can provide a lot of benefits to the publisher, advertiser and user alike.